From no-till in the 90’s, to cover crops 10 years ago, and now a new seed cleaning business, the Helland family embraced farm conservation one strategic step at a time – and it paid off. This story is part of a special Father’s Day series.

Along with a law career that included a stint in the Iowa legislature and consulting for the state of Alaska, Erik Helland is adding a side gig this year on the central Iowa farm where he grew up.

It’s a cover crop business with his younger brother, Nick. It began after seeing the financial and environmental benefits of no-till and cover crops on the family farm in Huxley, just south of Ames.

When Nick talked him into investing in a seed cleaner for their rye crop, Erik imagined something sleek and computerized.

“So Nick sends me pictures and they’re machines from the 1960s. They’re all made out of wood,” recalls Erik, who kidded his brother about something that antiquated driving this new venture. They bought a Clipper, a brand started in 1869. They found another Clipper owner in Jefferson, Iowa, and ordered an operator’s manual. After a winter of learning the quirks of the machine dubbed “Shaky Shirley,” they were ready for business. 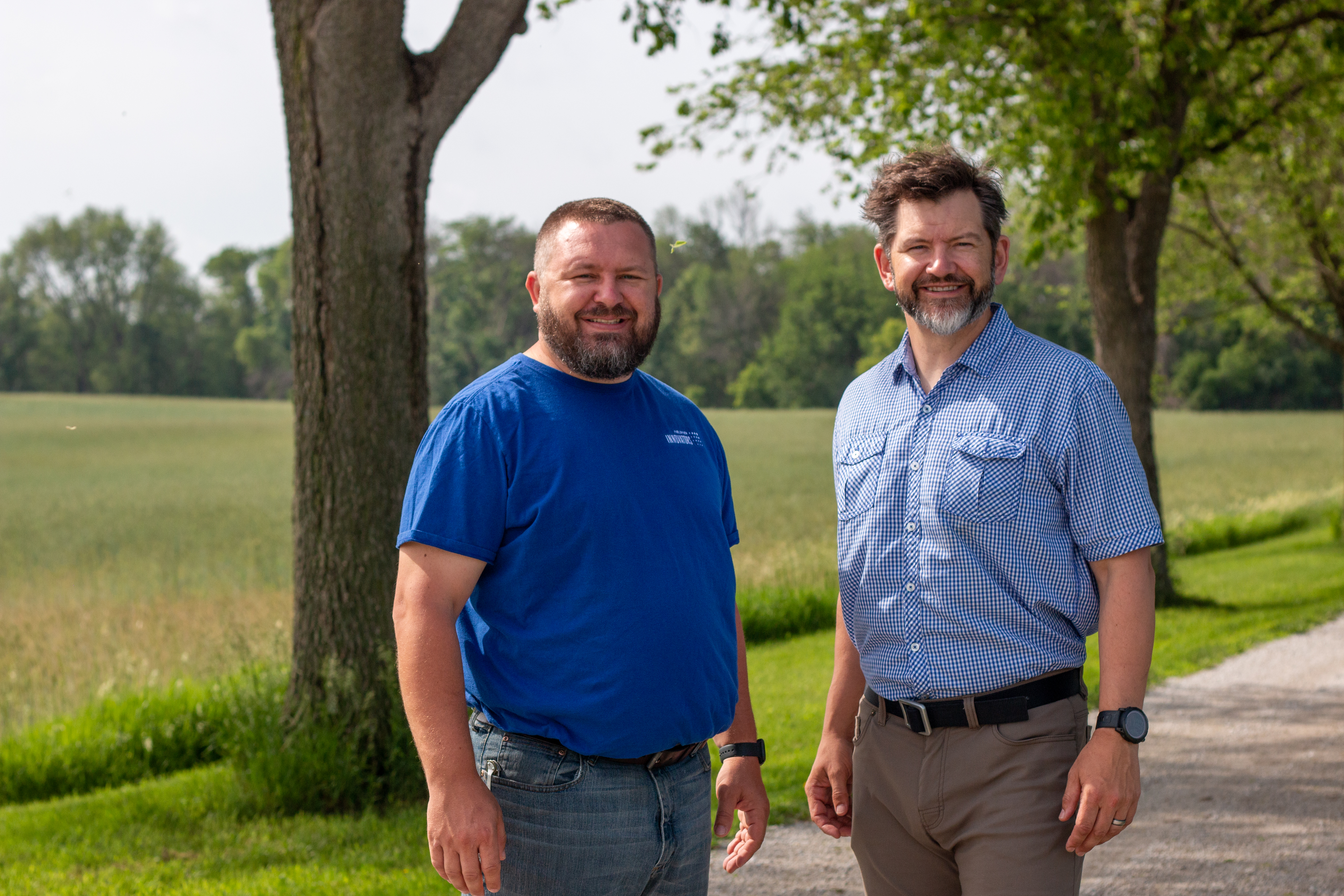 As Father’s Day nears, the brothers reflect on how their father, Mike, influenced them into taking on risks and bringing innovation to their multi-family operation – all with a sense of humor.

Mike began no-till farming 28 years ago, when the four-wheel drive tractor he and his brother used to pull a chisel plow was wearing out.

“If we’d been wealthier farmers we would have kept chiseling, because it’s easier,” Mike recalls. “When you don’t have money, that’s when you get more resourceful.”

Such willingness to innovate has been passed from one generation to the next.

“When you grow up on a farm, you’re de-sensitized to risk,” says Erik. “I know that if I dedicate enough time and research, I can probably find a solution.  When you watch your dad, and grandpa and uncle come up against challenges, you know you’ll figure it out.”

While seed cleaning is Erik’s first foray back onto the family operation, Nick took a more traditional route home, farming with his father the past 20 years.

“I went all of nine miles to college at Iowa State University, and nine miles back,” he says.

At age 24, while still paying on student debt, Nick bought a hog finishing facility – another risk that his father helped him evaluate.

“Dad helped break down why this is a good idea and what it can do in the long term,” Nick recalls.

And it’s not just evaluating business logistics and financials – the brothers learned to deal with risk psychologically, too.

“You realize you can’t let everything tear you down,” Erik says. “When we talk about working on the farm, I remember it being fun, everybody laughing and giving each other a hard time.”

The networking that helped Erik and Nick with their seed cleaner is another skill passed along from Mike.

“That’s something I learned from my dad,” Mike says. “He could get on the phone and call people.”

The last but not least important trait learned from Mike is an appreciation of ethics and family values.

“It’s doing something in a sustainable way and in a way that you can be proud of,” Nick says.

Both sustainability and economics have created the mix of no-till and cover crops used on the Helland farm.

No-till saves on fuel and machinery costs, especially this year. They still do field cultivating in the spring ahead of their corn rotation, but that’s the only tillage pass in two years, compared to about eight passes made before switching to no-till beans. Their crop insurance agent has told them they’re getting about 4 bushels an acre higher soybean yields than nearby farms without no-till.

So far, the benefits from cover crops are mainly operational and in soil conservation, the Hellands say.

Not long after starting them, they noticed that after a big rain a field with tall rye had no erosion. 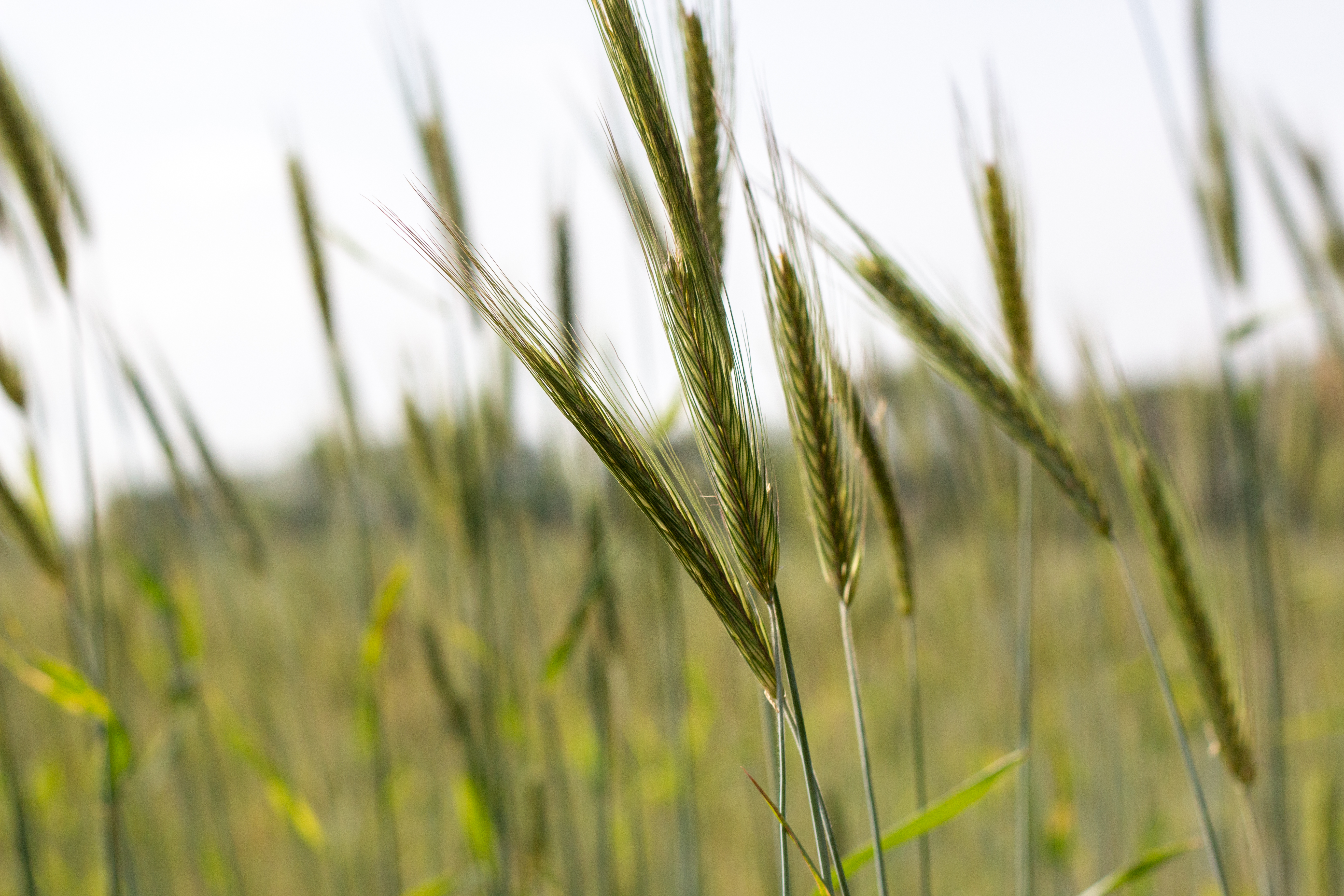 “My belief is that no-till has made our soils less erodible and compactible and I have to think cover crops are adding to that,” Mike says.

Better soil allowed them to plant in fields a day or two earlier this spring and also eased harvesting in wet fall weather.

Nick says cost share programs and crop insurance premium discounts also make planting cover crops more viable. And on their own farm, the rye seed business will help them expand cover crop acres at a reasonable cost, as well as selling seed to others.

“It was a way to diversify our farm and create another revenue stream,” Nick says.